Other pages to my blog, links to my training and any kit I have reviewed.

Rants!
Maybe it just me but the current government slogan makes sense to me and is not that confusing... 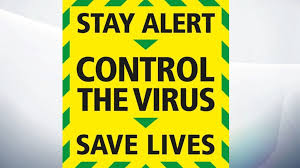 Stay Alert - Alert to the threat and risks and make decisions about your actions based on common sense.
Control the Virus - Control it's transmission and spread by washing hands and using PPE when appropriate and keeping social distances.
Save Lives - If we do the above then we save lives and we start to be able to open up the country and the economy.
Maybe it should have said... 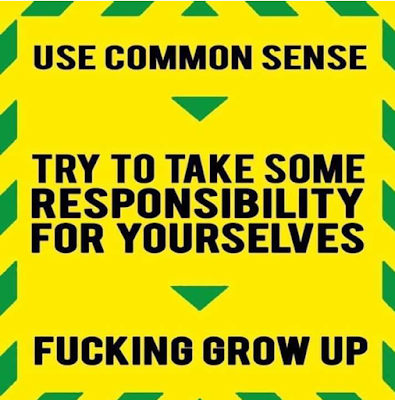 We Stayed at Home, Protected the NHS and Saved lives and now we need to move forwards.
It seems the government can't win no matter what they say as last week people were bitching that we had no plan for easing lockdown and reducing restrictions but now we have one and its been published apparently it's all too soon. What the fuck do you want?
The slight lifting of restrictions is needed to move forwards and start to head in the direction of normality, we can't stay in lockdown forever as more will die for other reasons.
We seem to be split into several groups for several reasons.
Group 1 - It's to soon and we cant open anything up yet as people will die and the government are murderers and want all the old to die as some sort of culling conspiracy!
Group 2 - As above but 5G conspiracy!
Group 3 - As above but we are just scared.
Group 4 - Everything the government say and do is lies and it's all Brexit's fault and we want another vote!
Group 5 - Lets look at the science and see if we can get out of this with the least amount of death and have an economy to go back too. Some deaths are unavoidable just like with many other illnesses but we dont close the country for 78,000 dead from smoking each year or the thousands from drinking issues or even seasonal Flu which Kills 10,000 every year even with vaccines!
Group 6 - I have been doing what I want anyway and will continue to do anyways. 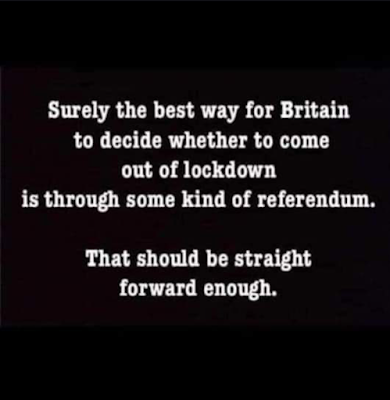 Groups 1 & 2 are batshit crazy and not worth discussing...unless you own an ebay shop selling tin foil hats!
Group 4 see picture above!
Group 3, I get it I really do and nothing wrong with being scared but the reality is that very few people are at serious risk of this virus, big numbers sound bad but based on a population of 66 million they are very small percentages. If you are unlucky enough to get really sick you are still very likely to survive especially if you are fit and healthy. The vast majority of deaths are old already ill people with other health issues.
A good article here showing you the real risk and not the scary big numbers in some sort of perspective. https://www.bbc.co.uk/news/health-52543692
We keep hearing how we are the worst in Europe for deaths and yet nobody takes into account total population and demographics and different recording methods. Below is a bar chart based on figures from last week and broken into cases per million population. We are high but not at the top. 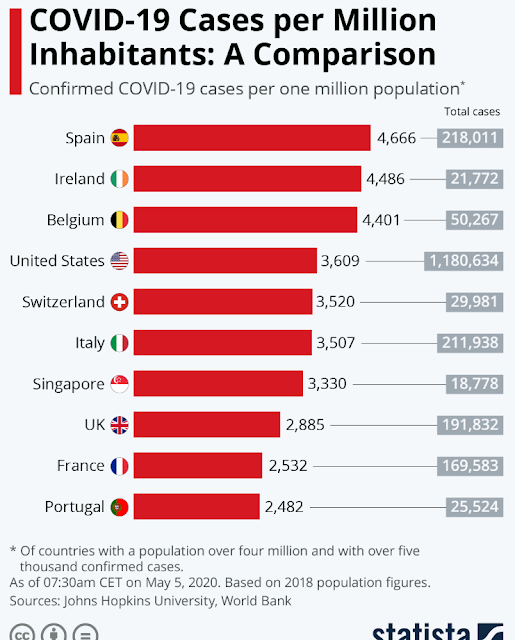 As for the fucking Press well obviously they need to peddle bad news to sell papers and there is very little quality reporting, I did think this report by SKY News was fairly factual and mentioned the figures in a real way and particularly mentions the risk of other excess deaths that seem to be forgotten.
Group 5 - I see myself in this group with the majority of the people I know, We have to accept we cant lockdown forever and have to start on the road towards normal otherwise we are in trouble long term and as seen on social media we will just implode and argue all day long with each other. I am no fan of the government but really we have no precedent here and it's doing as well as any other government out there.
For those who think we should be following everything European well here is what the rest of Europe are doing about easing lockdown, but I am sure people will change their mind now and want to do something else... 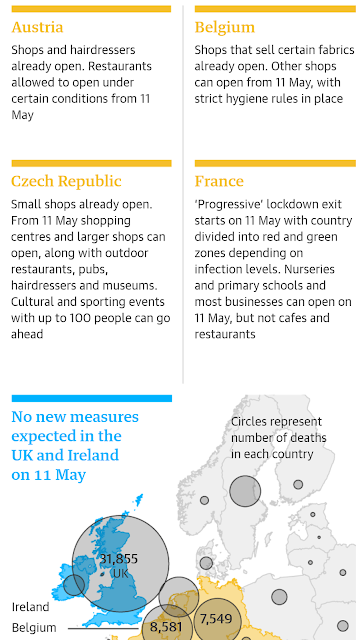 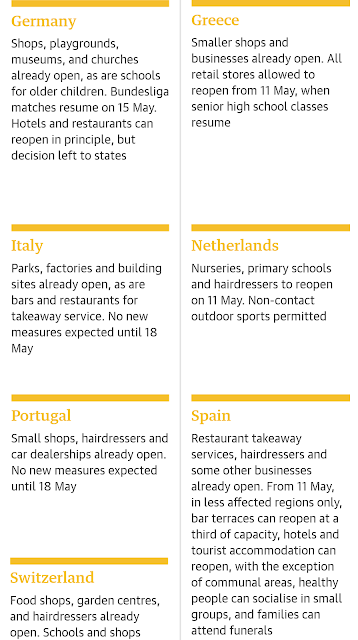 As for Group 6. Crack on as normal they are not listening anyway no matter how many times people call them names on fb or tell them to Fuck Off from Cumbria on fb. Do you really think slagging people off on fb makes the slightest difference to these people. All it does is make you look like a grumpy twat on social media. (Like Me)!
Also influencing the groups are financial situations as groups,
Group 1 - Furloughed or working from home or Key workers etc who are losing little to no earnings and not having a business at risk.
Group 2 - People not working or wealthy enough to sustain not working for the foreseeable future
Group 3 - People who like me have incomes that have evaporated and though the government have done great with the Furlough scheme and additional lending will come out of this with more debts and less income for the next couple of years or worse no business if it goes on too long...Included in this is many seasonal and service industries and manufacturing companies.
If you are in group 1 or 2 Lockdown is fun and is having little effect and you can binge on Netflix and drink wine all day long, group 3 however are seriously worried about the future.
However all 3 groups will pay more in taxes and rates and VAT etc if we stay locked down forever as the £Billions being borrowed to prop up the country will need paying back at some point.
The Good Stuff
Work wise I have been only doing necessary work and answering emails etc but have to keep stuff ticking along in the background for when we can do races again. 2 more months work lost for June and July walking trips with other companies but it was expected.
I have been getting more consistent running and biking in with over 200miles of moving last month and 125 miles of that being running with the rest on the bike.  I am getting a good bit of base fitness on board and the reduced restrictions mean I can go a little further afield to get some bumpier biking in and some different running routes.
I have been playing with a new GoPro camera out on my runs and rides and taking advantage of the downtime to learn how to use it. I have even set up a small you tube channel where I will upload videos from events and my own course recces and rides to eventually share. I have added all the old stuff I took at events from the past so it's all in one place now,
The channel is called Challenge Adventures go have a look if you are sleepy!
We moved house last week, all of 30ft as we need to let the grass recover from under the caravan and awning!
I am getting plenty of reading in and learning stuff, like who to unfollow on social media before I have to go on a killing spree!
Beard Wisdom 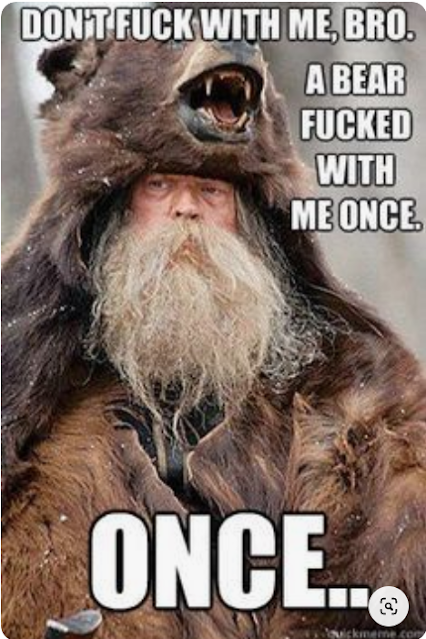 The Blogs I read that you may be interested in.

Partner sites that are worth a look